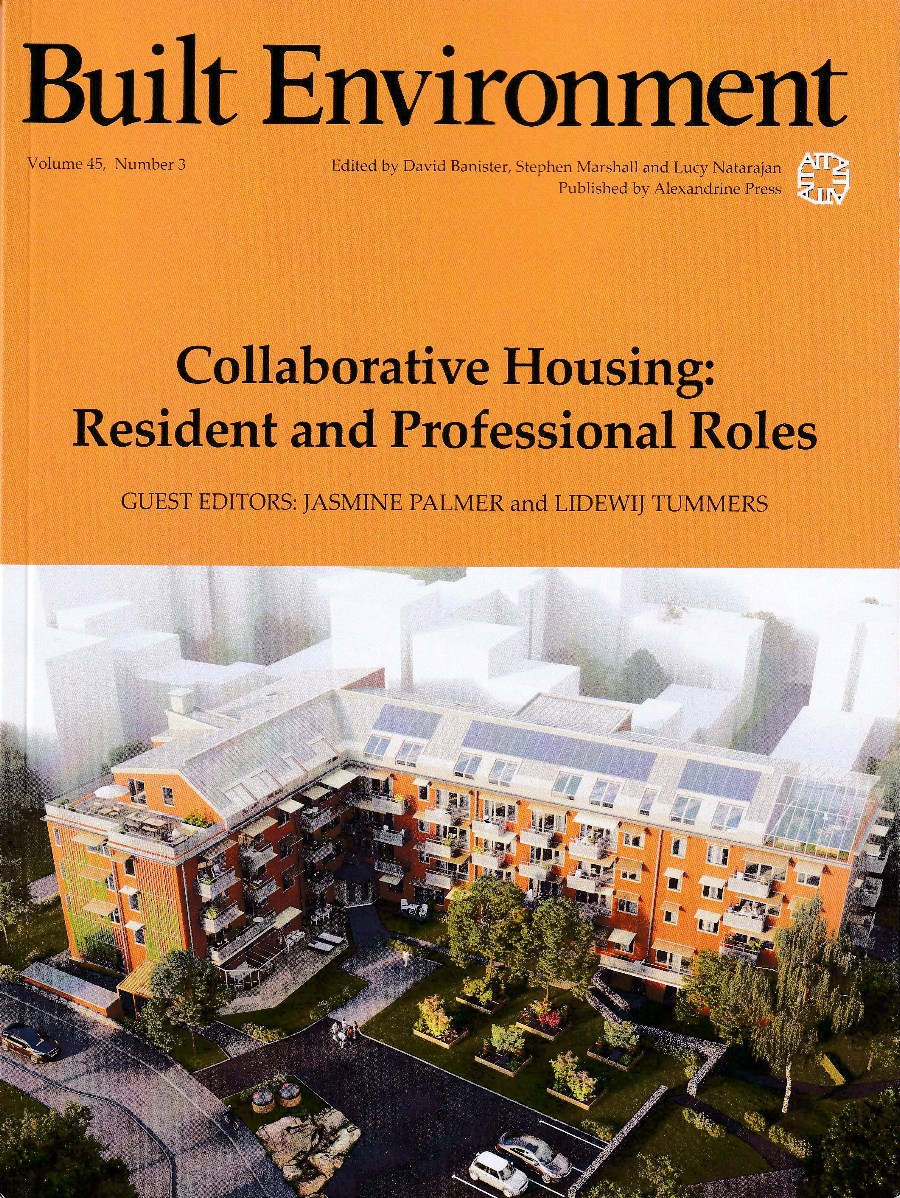 Ingela Blomberg and Kerstin Kärnekull have written an article about the stony history of cohousing in Sweden, published in Built Environment volume 45, Number 3.

Under Samma Tak in Gothenburg (https://www.undersammatak.org/) on the cover! 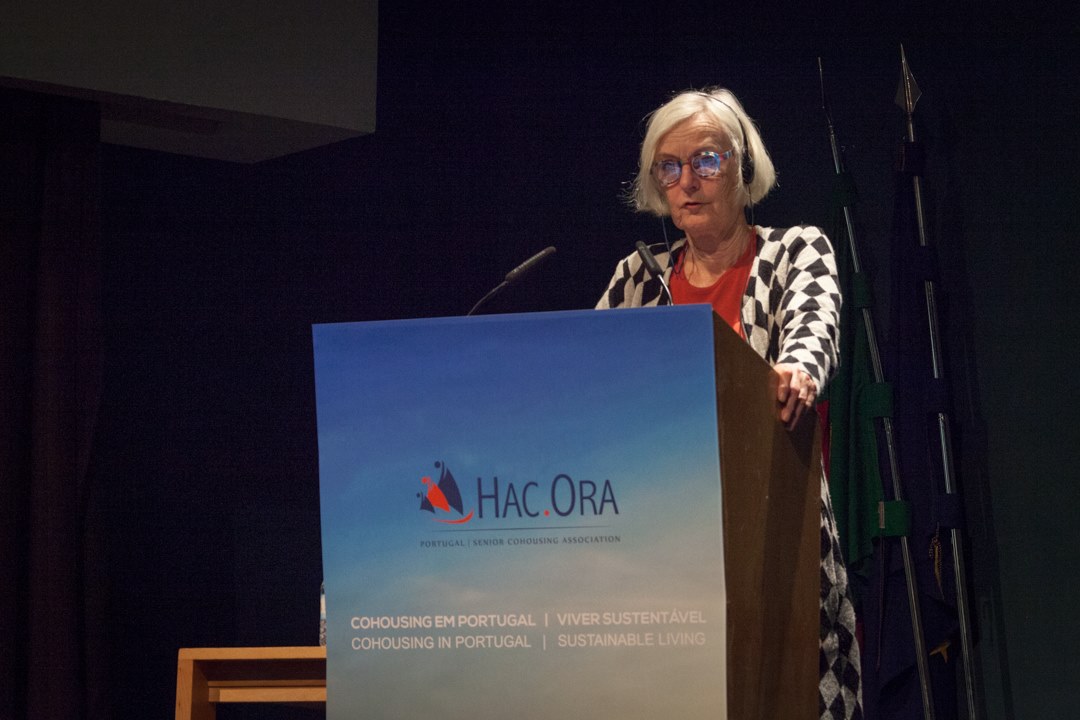 In Februari 2019, Kerstin Kärnekull was one of the speakers at a conference on senior cohousing in Oporto. The lecture is published on Youtube.

The slides from the lecture:Ladda ner 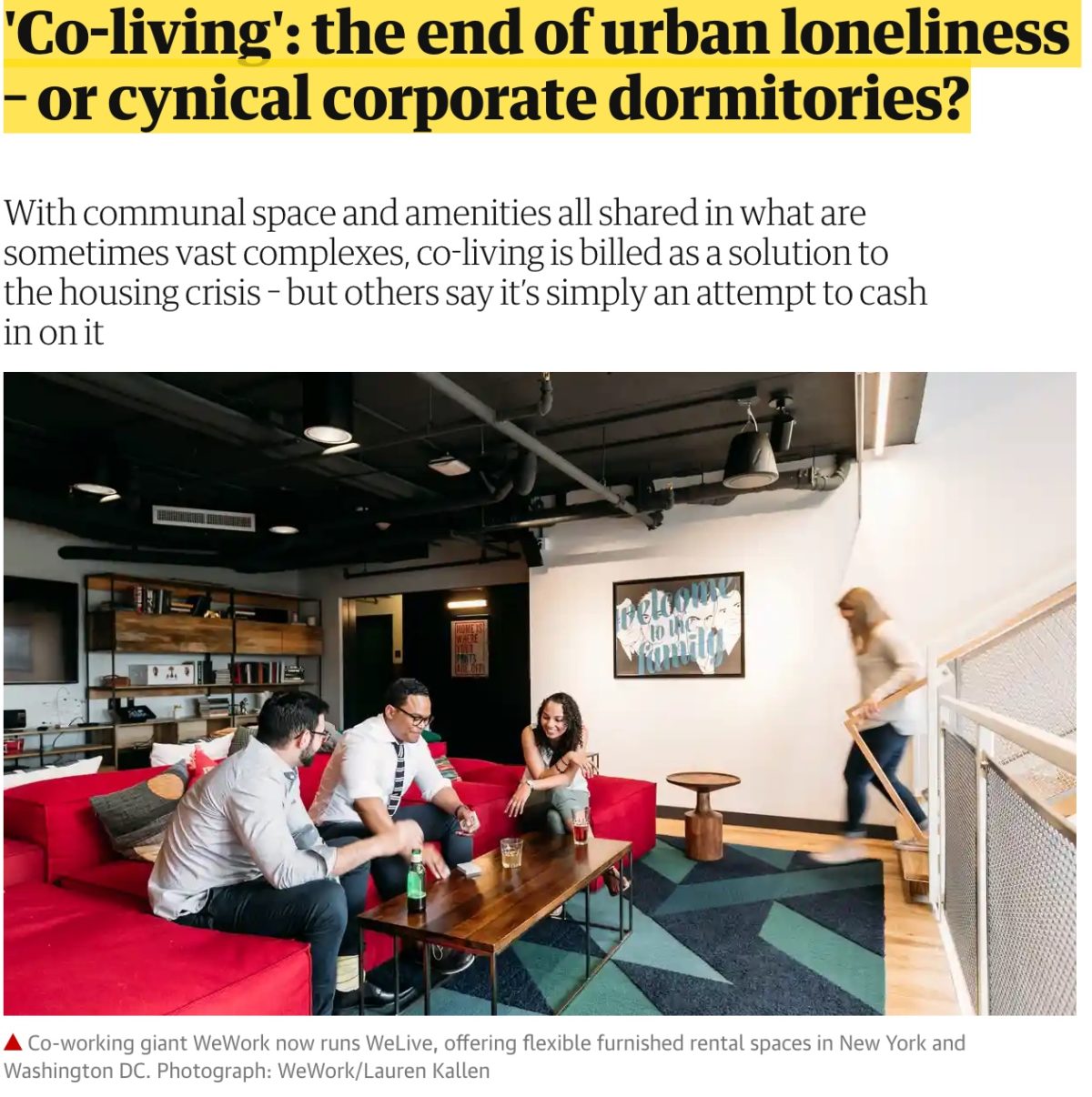 The Guardian had an article on coliving – a way to avoid loneliness or cynical speculation – to read here! 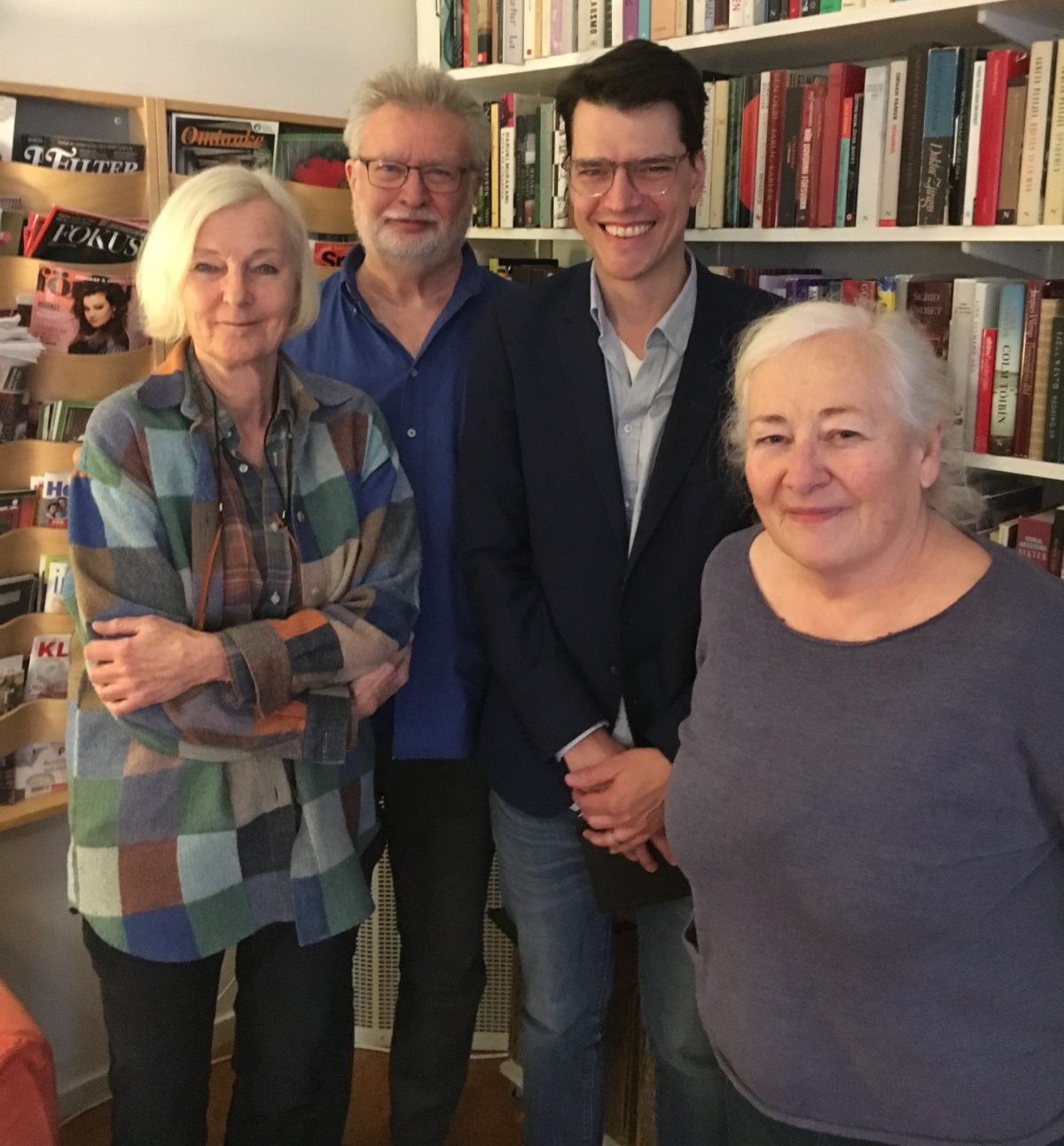 The New York Times International Edition published an article on co-living and cohousing in Stockholm April 22, 2019. 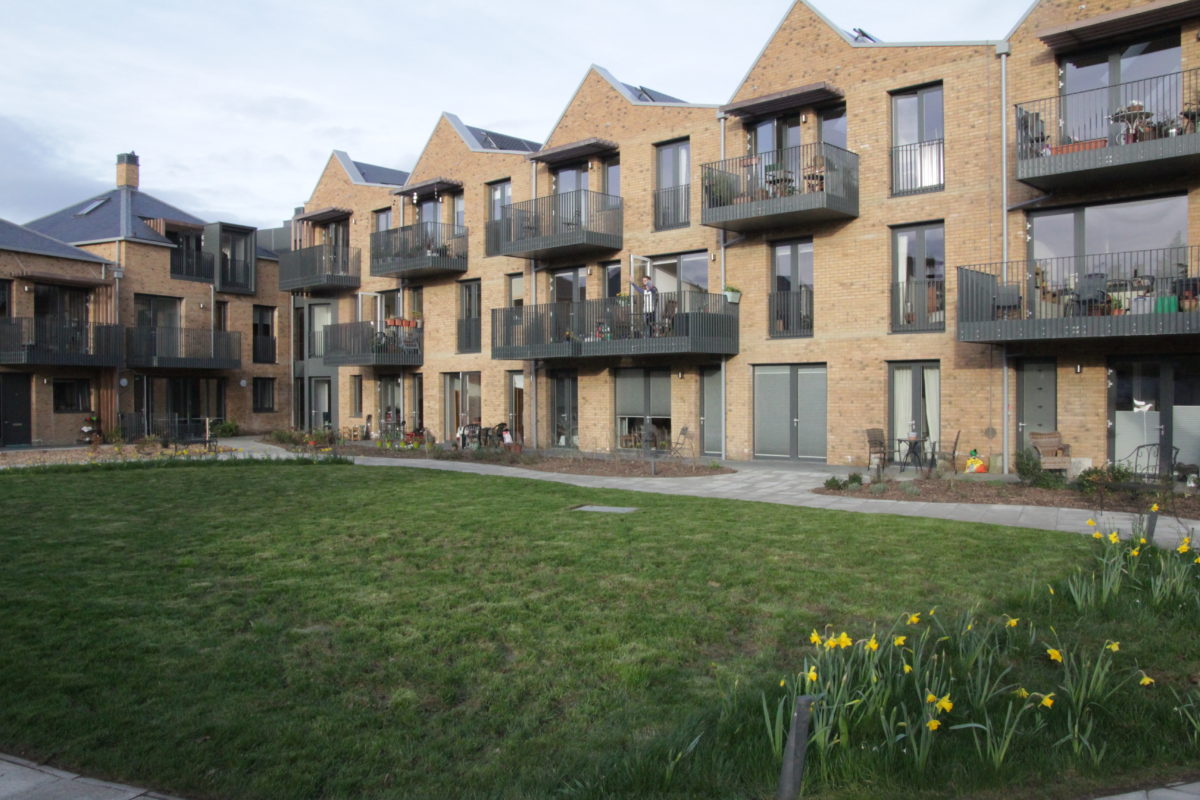 The Swedish National Association Cohousing NOW
– in Swedish Kollektivhus NU – is an association working to promote collaborative housing and other alternative ways of living. The association supports existing co-housing units as well as groups intending to create new units. Originally formed in 1981, it has recently been revitalised with the prime purpose to inform the public about cohousing as an alternative, and to influence authorities to facilitate the creation and running of such units. 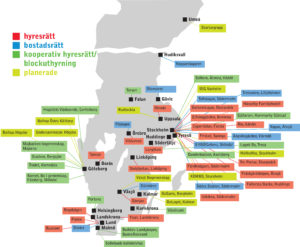 ”Kollektivhus NU currently has 42 cohousing units as full members, and 15 organisations working in favour of collaborative housing. There are also a number of individual supporting members.

The over 50 cohousing units that exist in Sweden are mainly the result of civil society campaigns and positive responses from public housing authorities during the 1980s. The existing cohousing units are concentrated to the main urban centres.

Today the trend is again turning in favour of collaborative housing. Although in the last five years only a few new units have been built, more are now on their way especially in Gothenburg and Stockholm. Kollektivhus NU has an active collaboration with SABO – the umbrella organisation Swedish Association of Municipal Housing Companies.” 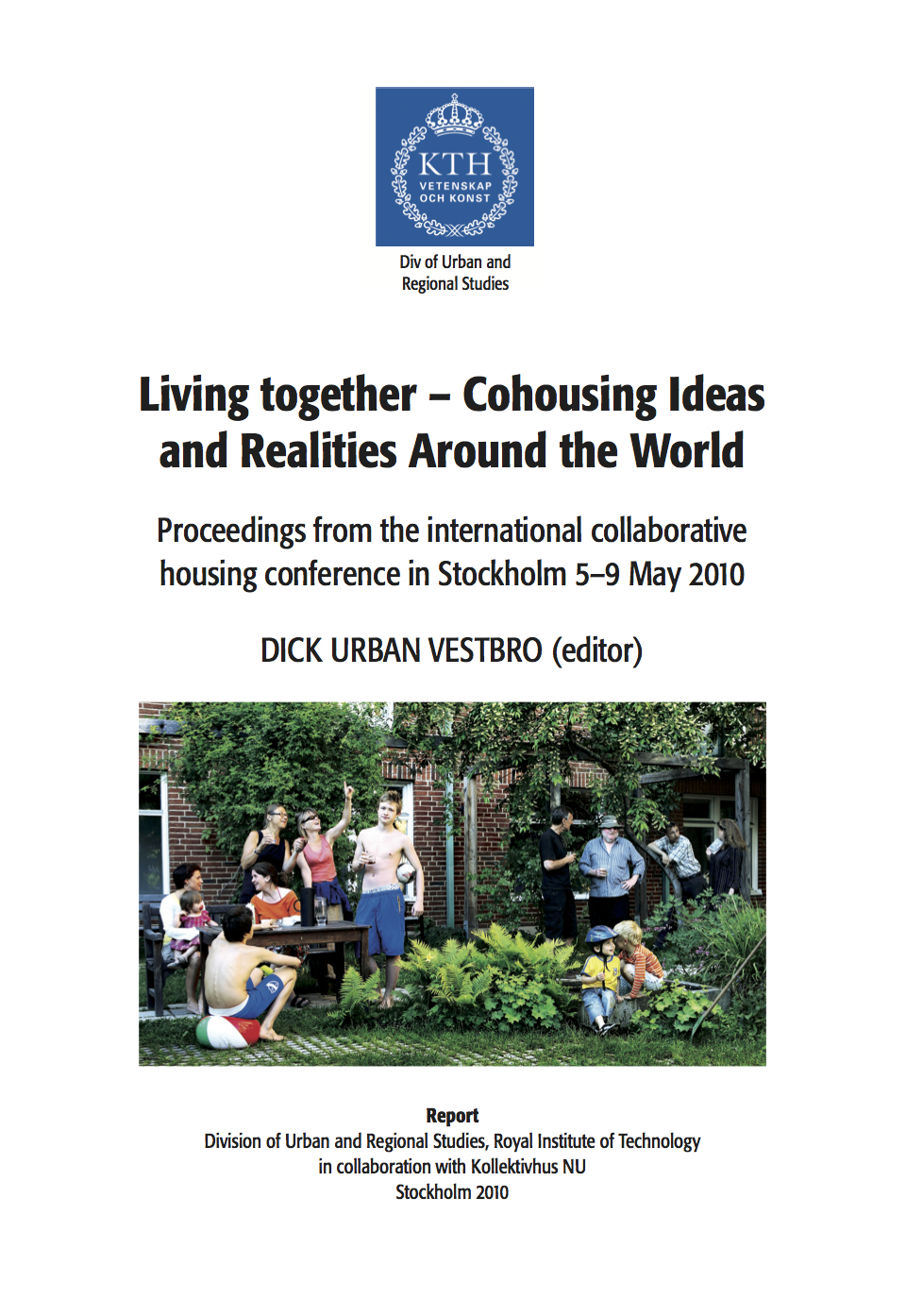 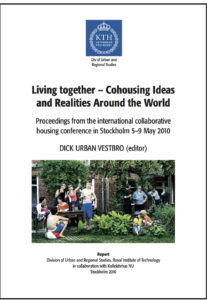 In 2010, Kollektivhus NU hosted the first international conference on cohousing. The Proceedings has since 2010 been available in print. Now, the volume’s well over 230 pages is available electronically.

Labelled Living together, the Proceedings contains all the papers presented at the conference, reports from the workshops, and – not least important – a review of concepts and terminology relating to different models of cohousing. With 150 participants from 20 countries, the realities of cohousing were shown to vary a great deal, and so were the terms used to express ‘cohousing’ in respective country.

Internationally, the demand for access to Proceedings has grown considerably, demonstrating the importance of the conference as a starting point for a growing international movement aiming to make cohousing an alternative in the housing market.

This question has led Bertil Egerö to search for explanations. In his paper Puzzling patterns of co-housing in Scandinavia (unpublished, 2014) he searches the roots of the differences in the wider spheres of national cultures, institutions and policies.

Four Decades of Swedish Cohousing – What Chances of a Real Take-off was written and presented by Bertil Egerö at a European conference in Tours, 12-13 March 2012. Egerö discusses the prospects of a wider acceptance of cohousing in Sweden against experiences gathered of the history of the Swedish cohousing movement and its achievements so far. He concludes by underlining the strength of constraints in politics, institutions and culture as impediments to a real take-off.

For further information about the conference, see

http://alter-prop.crevilles-dev.org/ressources/items/show/1267 where conference programme, participants and papers presented is found.